Lifecentre stands for peace. We stand with the people of Ukraine, Russia, and around the globe who pray for peace and call for this invasion to cease.

Together when we see injustice, war, conflict and hardship, our heart is moved, especially in protecting people, helping churches, and pursuing transformation.

We are calling on all Canadians to stand with Ukraine in prayer and partnership. Together we believe in a God who transforms hearts, who ends war.

1. Please join us in praying for Julia Burns, Pastor Terry’s wife whose family resides in Ukraine. Pray for peace and protection in this season.

2. Pastor Barry has provided us with a map below of Ukraine to help us pray for congregations located in areas you see on the news every evening. Each Star represents a congregation and leadership team we have served for over 10 years in Ukraine while we held twice yearly leadership training in Odesa, Mykolaiv, Sevastopol, and in Crimea. They are all part of the International Association of Messianic Congregations & Synagogues.

3. In a general sense, in partnership with our friends at 24-7 Prayer, we love their clear articulation to pray. “When faced with a large-scale situation, it can be difficult to know how to pray. We’ve found it helpful to use a simple model of praying for 3 Ps:”

a. Problem: We ask God to intervene in challenging and difficult circumstances, and for God’s kingdom to break out.

b. People: We ask God to comfort those who’ve suddenly found their lives torn apart by grief, fear and trauma, and those acting to help those in need.

c. Peacemakers/politicians: We ask God to give clarity and wisdom to government agencies and peacemakers, blessing and supporting their efforts to bring peace, breakthrough and lasting solutions.

As you consider God’s heart for you to make a difference, we want to help. We wholeheartedly invite you to consider giving to the following trusted mission partners in Ukraine.

Is active in assisting the national Church in Ukraine, with a focus on Jewish refugees.

Is active in assisting the national Church in Ukraine, with a focus on Jewish refugees.

It is important for Christians to be charitable with those who hold different positions regarding war, conflict, and the role of a Christian in the Military.

One thing all Christians must agree upon, “The common consensus overwhelmingly supports the cause of peace. The teachings of Jesus advocate peace and the peoples of the earth yearn for it. No one desires war and yet war seems to be an inevitable expression of human relations.”

Let me begin by briefly outlining five different attitudes to war, because God’s Word has something to say to each.

First there are the doves, the pacifists who are opposed to all war and all violence. We all have sympathy for this position. The biblical image of heaven, after all, is of peace and harmony, where people “will beat their swords into plowshares and their spears into pruning hooks. Nation will not take up sword against nation, nor will they train for war anymore” (Isa. 2:4). The Prince of Peace will usher in the time when “the wolf will live with the lamb” (Isa. 11:6). That, however, is exactly what I believe is wrong with the pacifists’ position: It is the wrong timing. We are not in the Garden of Eden, nor yet in the heavenly city. Now is not the time for world peace. We are in the fallen world of human sinfulness, where evil people do dastardly things and where God has given governments authority to administer justice with the sword (Rom. 13:1; 1 Pet. 2:13). Pacifism is a godly mistake in that it fails to take seriously the sinfulness of humans, for monsters do exist and do need stopping. We are all capable of doing real harm to our neighbor and need the constraint of law and order and of good government.

The second attitude is the opposite of the dove: the hawk. By this I mean the person who is always looking for a fight, for controversy and the use of force to get his way. While one can be sympathetic with the godly mistake of the dove, there is little or no sympathy for the man of violence. The Scriptures say, “The Lord … hates the wicked and the one who loves violence” (Ps. 11:5, ESV), and “human anger does not produce the righteousness that God desires” (James 1:20). So we are warned: “Do not envy the violent or choose any of their ways. For the Lord detests the perverse but takes the upright into his confidence” (Prov. 3:31-32). Nowhere in the Bible do those who love violence get God’s approval. Those who are pleased, thrilled, and excited about war should look to themselves and repent, for they are out of step with God.

The third and fourth attitudes are neither pacifist nor militaristic. The difference between them is timing.
In Ecclesiastes we read the striking verse, “a time to love and a time to hate, a time for war and a time for peace” (Ecc. 3:8). There is a time for governments to take action, to step into the affairs of the world with punitive force, be it by the police, the judiciary, or the military. There is “a time for war.” But when is the time? Was Neville Chamberlain right in his timing, or too slow to go to war? Was Winston Churchill right or too precipitous? It is a matter of human judgment of the pragmatics and strategy of war. We are not God, and we do not know what to do. “Not yet,” then, is the third position.

Many believe their government acts too quickly and condemn it as immoral and genocidal. But the Bible says we must nonetheless respect those who are appointed over us in government. The first-century Christians were called upon to respect and obey the tyrannical and persecuting Roman government of their day as being appointed by God. It is no less incumbent on us to respect our leaders (Rom. 13:1; 1 Pet. 2:13). And we must not attack the servicemen and servicewomen who, obedient to the duly elected government of the day, are willing to lay down their lives to protect our freedom, including our freedom to dissent from government opinion.

The fourth attitude is that of “at last” we have had to act. Those who hold this position must remember that God is not on one side in war. He is not utterly disinterested, but neither does he identify completely with one side or the other. Wars are ours, not his. Our wars cannot be fought in the name of God. Furthermore, it is worth reminding ourselves to keep listening to others and weighing the costs and benefits of war. For as the Bible teaches, “Surely you need guidance to wage war, and victory is won through many advisers” (Prov. 24:6). And as Jesus said, “Or suppose a king is about to go to war against another king. Won’t he first sit down and consider whether he is able with ten thousand men to oppose the one coming against him with twenty thousand? If he is not able, he will send a delegation while the other is still a long way off and will ask for terms of peace.” (Luke 14:31-32). In listening to advisers and weighing the options, remember the words of Oliver Cromwell to the Scots just a month before the Battle of Dunbar: “I beseech you, in the bowels of Christ, think it possible you may be mistaken.”

And then the fifth and final attitude: the fence. Many of us feel ourselves unable to decide. We do not want to go to war, but we do not want to see tyranny grow. We certainly do not want weapons to proliferate and fall into the hands of terrorists, but then again we do not know the best way to prevent that. Those in this position may not know what to do politically, but they can always pray. Paul tells us to pray for those in government over us “that we may live peaceful and quiet lives in all godliness and holiness” (1 Tim. 2:2).

Can Christians Ever Support War by Matthew Lee Anderson 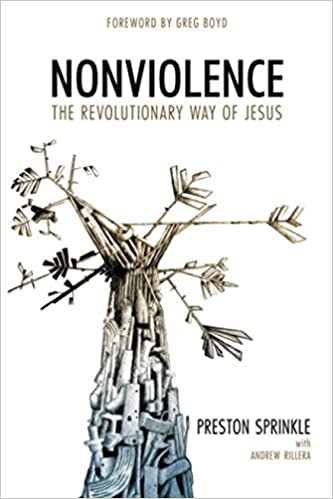 Nonviolence: The Revolutionary Way of Jesus by Dr. Preston Sprinkle 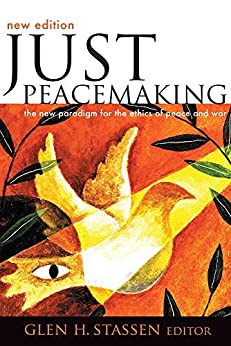 Just Peacemaking: The New Paradigm for the Ethics of Peace and War by Glen H. Stassen 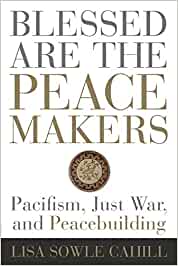 Blessed Are the Peacemakers: Pacifism, Just War, and Peacebuilding by Lisa Sowell Cahill